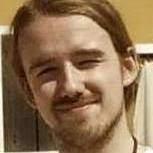 It’s easy to forget about the origins of some very common computer terms. Quite a few of them rely on a good familiarity with the history of computer development. As a native English speaker I feel like I should be able to explain the names of these terms in case someone asks. I’m writing down the origins of these terms here for my own benefit, but if you’re reading this then you may learn something too!

I’ll probably update this again at some point with corrections and more fun factoids that I learn about. Ciao.